HEMP AS AN ENERGY SOURCE

Recent research from Denmark indicates that industrial hemp can efficiently make chemicals normally produced from petroleum. New developments can potentially push hemp to the forefront of a new wave of bio-refinery technology that aims to use ‘renewable’ plants to produce fuel and chemicals which historically have been extracted from fossil fuels. The shift away from fossil fuels as a source of energy and raw materials means that scientists and engineers have started to eye fast- growing, high-yielding crops to replace them. Petroleum goes much further than just gasoline and has made itself indispensable for modern society. However, disasters like the Deepwater Horizon oil spill and the market shift toward tar sands makes it obvious that oil companies have to constantly dig deeper into the Earth to get petroleum since it is a non-renewable resource.

Going much further than just using corn to make ethanol as a renewable alternative, scientists are looking at many different crops and trying to optimize their applications. Succinic acid, identified as one of the most important platform chemicals in the industry, goes into many plastics, food additives, and medicines. Though generally produced from petroleum, researchers in Denmark have designed a bio-refinery concept that can produce 149 kg of ethanol and 115 kg of succinic acid per ton of hemp. Looking at just ethanol production, hemp yields less than corn per acre: 136 gallons of ethanol per acre of hemp compared to 317 gallons of ethanol per acre of corn. However, if the hemp can make ethanol and succinic acid simultaneously, then it may become more profitable and further reduce the need for fossil fuels.

Hemp also has a number of other traits that make it more favorable to grow than conventional crops. Hemp grown for fiber tolerates poor soil and therefore does not have to compete with edible crops like corn or wheat. Other varieties of hemp can be edible; rich in protein and omega fatty acids, hemp seed can potentially compete with corn for livestock feed and with soybeans as a source of vegetable oil. Hemp grows in dense fields with their stalks very close together and does not require herbicides because its fast-growing foliage smothers everything else early in the season. 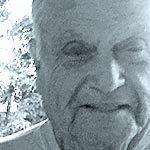 Fabrics of contemporary colors and textures and suitable and appealing on old chairs.Modern lighting and ventilation enhance otherwise traditional rooms.

Our design consultation is always complimentary which means your budget goes towards product, not time.